Tips for Staying Safe on Jobsites 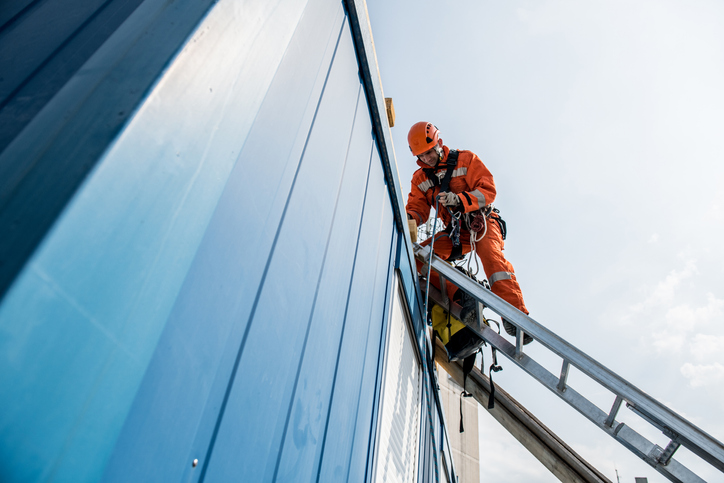 How safe are you at work? If you work in the construction industry, safety is always a concern. When your job site is a roadway, you face another level of danger. Here, we offer some advice on how to keep yourself and others safe on the job.

If you’re working on or near a road, the primary danger you face comes from something you can’t control: other drivers. Thanks to new technology, though, those kinds of work zones are becoming safer. One innovation that’s helping keep workers safe is the Smart Safety Barrel by iCone. It features sensors that are placed along the job site and can communicate to drivers via roadside messages to let them know the specific details of the work zone. These sensors can also let workers know if a high-speed vehicle is approaching, so they can get out of harm’s way. Through partnerships with Waze and other navigation companies, iCone is able to let drivers know when a hazard is ahead so that they can use caution on the road.

Of course, even the most advanced communication is lost on distracted drivers. About 3,300 people are killed each year in work zones along highways in the United States, and more than 35, 000 are injured. Many of these accidents occur because distracted drivers drift into the work zone. Because of problems like this, legislation is getting stricter. However, while 47 states have a text messaging ban for drivers, only 16 states prohibit drivers from holding their cell phones while driving. Still, these laws have cut down on accidents by about sixteen percent over a two-year period. It doesn’t seem like there’s a really good answer for problems caused by distracted drivers, except for work crews to remain alert.

Some on-the-job dangers for construction workers are illness and injury. One such illness that might surprise you is lung cancer. In fact, lung cancer causes fifty percent more deaths among construction workers than in the general population. Why? Because of harmful emissions on site. Particles like silica and asbestos can be extremely harmful to the lungs and over 800,000 workers are exposed to silica levels over the recommended limit. Asbestos has been heavily regulated for decades, but it’s still present in many older buildings. Power tools like saws and drills can create dust that includes these dangerous fibers, so it’s important to use protective gear, like face masks. Additional precautions like wearing disposable clothing when asbestos may be present and refraining from eating or drinking in a construction site are also good measures to take because breathing in contaminants can lead not only to lung cancer, but also to mesothelioma, bronchitis, CPD, and other respiratory ailments. In fact, rather than recommending protective gear for their workers, construction companies should mandate its use.

At Work-n-Wear, we are committed to helping workers stay safe, and that’s one reason we provide protective gear with competitive pricing and an extensive inventory. Family owned and operated, we have been equipping customers in Salem, Oregon for work for over 20 years. Stop by and check out our huge selection of workwear, or learn more about all we have to offer by calling 503.364.3064 or contacting us through the website.

Staying Warm While Working Outside This Winter
November 14, 2018